From Speedclear Wiki
Guild:Loa
Jump to navigation Jump to search

Loa was once a well established teaching guild, but has since retired from this stance. While we no longer form teaching runs, many members still actively do DoASC.

One of Loa's biggest contributions to the speed clears community was writing the first fully detailed DoASC Guide, which later inspired and was adapted into this wiki. [1]

Loa uses their own tactics for guild runs, but generally adapt to whatever tactics the team expects players to use.

Some of Loa's achievements are: 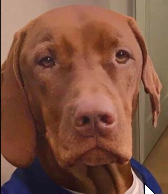